Azeri youth is impressed by Cluj-Napoca – Study visit entitled Make my community a youth capital! has come to and end

The Erasmus+ project organized by Hungarian Youth Conference from Romania, in cooperation with the National Agency for Community Programmes in the Field of Education and Vocational Training took place last week, between 13-21 January, 2017 in Cluj-Napoca and Savadisla, Romania.

During the week young people from 9 european countries took study visits and met the implementers of the Cluj 2015 – European Youth Capital project, listening to their experiences regarding the project. As the most significant programs of the day, the participants visited the Cluj County Hall, where they have been greeted by Vákár István – vice-president of Cluj County Hall; Szőcs Endre (MIÉRT) and Kaizer Róbert – county hall councilors shared their experiences with their listeners. After their County Hall visit, participants headed to Cluj-Napoca City Hall in order to meet the mayor of Cluj-Napoca, Mr Emil Boc. Mr. Boc told the group about the implementation of the EYC project, his colleagues – Diana Apan – spokesperson for SHARE Federation and Ovidiu Cîmpean – director of the Department for Communication, Urban Planning and Project Management of the City Hall, speaking about the involvement of the City Hall in the implementation of project. Florin Moroșanu, initiator of both the European Youth Capital project and the city’s candidate project for the title of European Capital of Culture in 2021 presented the two projects in comparison for the participants.

Antal Lóránt, president of MIÉRT pointed out the fact that during the year of Cluj being European Youth Capital, members of MIÉRT were very much involved in the implementation of the project, this being the reason we thought that we have experience worth sharing with others. We can offer them pieces of information that they may find useful for their own EYC projects. Us, being a youth organization, the main purpose of this whole week was to fulfill our duty to create proper space, possibility, the communicational channel between those young people who are ready to act for the benefit of the community. The presence of young people from nine countries gave us the opportunity to help and support them in getting connected with each other. This was the main purpose of the last eight days, this is what we were working on in an organized way, with the help of trainers.

The target group of the project were members of youth organizations, who run projects in order to earn the title of European Youth Capital for their cities, and implement them after that.

Nemanja Kuzmanovic, a participant from Serbia: „Since Novi Sad in Serbia is also declared as a European Youth Capital for 2019, I wanted to check it out what is actually happening after earning the title. I also wanted to see what can we expect as a city and as a country, how can we be envolved. I feel that we gained a lot of useful knowledge regarding the title, the implementation and the outcomes of the project,  which we will take home with us using it in our future activities.”

Gulnar Quasimova, participant from Azerbaijan said: Given the fact that Ganja held the title of European Youth Capital in 2016  it was very interesting for me to compare the two cities’ approach towards the project. Surely there were many resemblances as well as many differences between the two projects. I was also surprised by the high number of volunteers. By getting so much information during the week, I think we can cooperate more successfully on our own projects, and hand our experiences to the other countries.

During the last week youngsters from Bulgaria, Italy, Greece, Republic of Moldova, Serbia, Azerbaijan, Hungary, Armenia and Romania were involved in workshops and interactive games, not to mention the  numerous study visits and presentations about the Cluj2015 project.

The participants were guided by trainers Éva Orsolya Grüman and Endre Kiss, both of them specialized on non-formal education. The results of the project are due to be released in April, 2017. 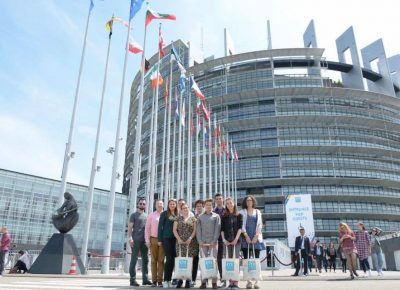 The European Parliament’s youth event took place in Strasbourg between 20 and 21 May. During EYE2016 (European Youth Event) the headquarters of the institution was occupied by the young people for two days. The motto of this year’s edition was “Together we can make a change”. During the event the young people could choose from […] 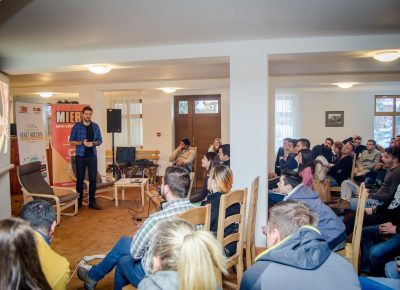 This week-end the member and partner organizations of the Hungarian Youth Council(MIÉRT) and the Youth Council of Odorheiu Secuiesc(UIET) shall cultivate themselves at the conference held at Harghita Madaras in Szekler Land.This year’s event has been supportedby the Ministry of Human Resources of Hungary under the aegis of the Be successful! programme. The two-day event […] 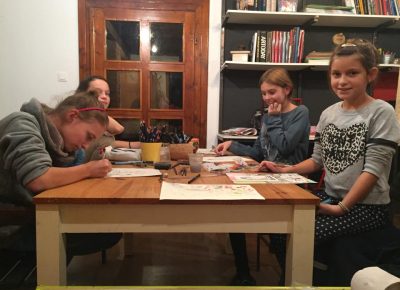 The Varázsecset Art Workshop and MIÉRT organized the Magic Paintbrush camp between 2-5 November. At the camp organized in Praid, 20 young people got acquainted with various artistic styles and had fun together. During the four-day event the main aim was to get the participants closer tothe arts in the large sense more particularly to […]