It is important that the youth undertake public roles

The discussions were followed by a press conference in which Lóránt Antal spoke about the visits paid to the member organizations starting November 2015 as well as the discussions held with the regional DAHR Presidents during which he requested a proper representation of the youth in the elections for local government and Parliament. He emphasized that the re-planning taking place in DAHR is a great openingfor MIÉRT namely an opportunity forundertaking public roles. The 15% share established in the partnership is also required by MIÉRT in the case of young candidates. He pinned down: we have to set store byand ensure opportunities to the young, so that they get a proper position on the elections list having thus a chance in the local elections.

In the press conference Levente Kovács, Mures County Executive President of DAHR said that he deemed important to have the young in position and this is why he supported the young generation in the local elections, so that they can undertake duties in public matters, stating that he would support the same view point in the decision-making bodies of the county organization.

In Mures County two more organizations joined the 33 MIET member organizations with the organization of Band and Sambrias reported István Birtalan jr., presenting the next programmes of the youth council. He mentioned that Kocsmakvíz contest to be organized next week in Targu Mures, the Agrárakadémia that would take place on the 27th February focusing on agricultural issues, the MIÉRT delegates’ meeting to be held in Targu Mures on the 4th March and the country fair to be organized on the 1st May. 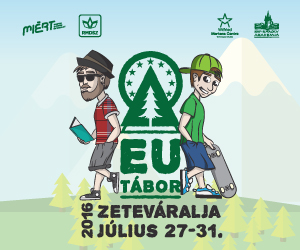 EU Camp begins in a week

The Hungarian Youth Conference from Romania, the Executive Presidency of DAHR and Károly Kós Academy organizes the EU Camp for the 13th time. This year the camp is organized between July 27 and 31 and has a new location. The event is hosted by Natur Air Park in Sub Cetate. The motto of the EU […] 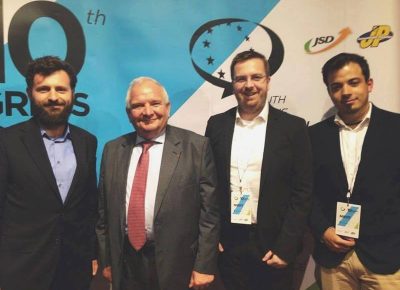 The Youth Organization of the European People’s Party (YEPP) organized between May 14 and 17 the 10th Congress in Porto and Maia. The Hungarian Youth Council of Romania was represented at the event by Botond Talpas, Richárd Kovács and Zsombor Ambrus. Preparations started on Thursday at Porto Business School. Delegates were divided into two working […] 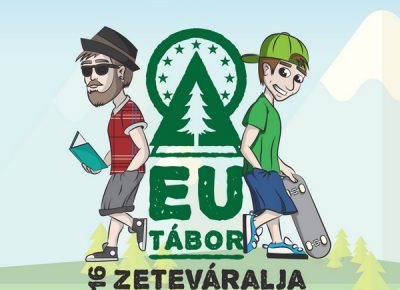 The 13th EU Camp has begun

The Hungarian Youth Council of Romania, the Executive Presidency of DAHR, Kós Károly Academy and Wilfried Martens European Studies Centre organized the 13th EU camp which has begun on July 27th, in the afternoon. The camp has a new location this year; it is hosted by Natur Air Park in Sub Cetate. Day zero started […]