The main goal of the Programme for the Future of the New Generationis to help the young figure out their idea about the future and adapt easily to the labour market.The initiative that started in 2012 aims at creating a suitable, integrated and comprehensive service system meeting the youth’s needs, which helps the participants become successful during the planning process of their career. One of the projects of the programme is the It’s about you! consultation, which had already been presented in Cluj-Napoca. The initiative assesses the needs of high school students and undergraduates in an interactive manner.

Lóránt Antal said to the 20 delegates reunited at the meeting held in Cluj-Napoca: “MIÉRT is probably the biggest youth organisation in the Carpathian Basin, which is really politically active. We have 383 member organisations and now besides Transylvania we also have a local organisation in Bucharest, too”. He also stressed the unique character of the agreement concluded with DAHR according to which the youth can take an active role in politics and public life. One result thereof is the position of the Vice-president in charge with youth affairsthat the board of MIÉRT requested and the position is held by ImreGeréd, a young man who can properly represent the interests of the youth.Thanks to the partnership,many young men, county and local council representatives can work actively in political life.He also emphasised that MIÉRT has also largely contributed to the new act on volunteering.

Lóránt Antal stressed that: MIÉRT is open to conclude partnerships with all the youth organisations in the Carpathian Basin, which is proven by the good relations with IKSZ, Fidelitas, Societas, LMJ. About the future of the organisation, he said: “Our aim is to get as close as we can to the individuals, the youth and the youth representatives”.

Imre Geréd thanked the Programme for the Future of the New Generation for the help in the It’sabout you! consultation stated that he hoped for a successful cooperation in the future, too.

At the end of the discussions Adorján Galambos, Youth services manager of the New Generation Centre said that the Hungarian Government does not think only about the Hungarian youth policy but also about a national youth policy, which means that their initiative can open more towards the youth beyond the borders of Hungary. He also stressed that the Transylvanian youth carries out important professional activities and their visit in Cluj-Napoca was inspirational. 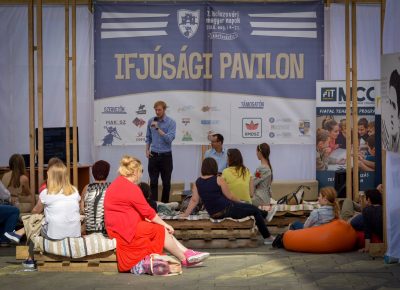 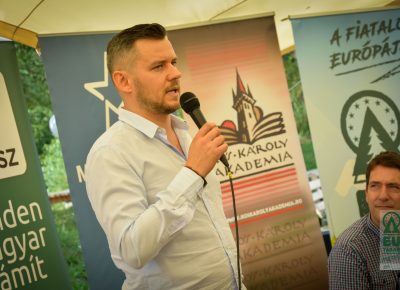 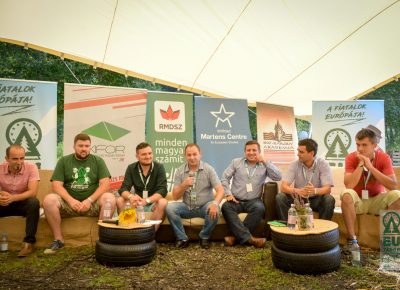 The afternoon of the first day of EU Camp was structured around the round-table discussions with the newly elected young local government representatives of MIÉRT. This year’s local elections played an important role from the point of view of youth organizations and MIÉRT since it has never happened before that the government lists included such […]