MIÉRT starts the year with national consultation on youth matters

On the 6th of February in Bucharest, the Ministry of Youth and Sports held this year’s first national consultation on youth matters. MIÉRT was represented by president Lóránt Antal and Cluj County delegate Kinga Székely.

Marius Dunca, Minister of Youth and Sport assured the representatives of the participant organizations about his full openness to new ideas. He believes that mutual respect is a key factor of an efficient cooperation between the Ministry and the youth organizations.

Lóránt Antal pointed out that unfortunately the Youth Act, as completed with our organization’s amendments has been returned to the Ministry, and following a 30 days public debate session it is to be resent to the Government. The final decision is made by the Parliament: if the bill is adopted, the Youth Act can finally come into effect. This is clearly a step backwards, it would definitely be better if it was subject to parliamentary debate by now.

This being the situation, the whole process begins again, but at the same time, this 30 days public debate session is a very good opportunity for us to strengthen the position of our amendments – during the latest national consultation MIÉRT came up with numerous amendments in both social and economic topics.

Sadly, our state still has a lot to work on in matters of predictability.  As long as we don’t own a sense of security, it is very hard to maintain a youth policy that is well thought-out and well-balanced. We put all of our efforts in order to, altogether with the other youth NGOs of the country, respectively with the Ministry of Youth and Sports finally implement the most proper Youth Act possible.

With the occasion of the consultation, the participants agreed on establishing four working-groups in matters of: roma youth affairs, affairs of young people living in rural areas, NEET youngsters’ affairs (Not in Education, Employment, or Training), and a working-group responsible for online platforms.

The Ministry, which has a bigger budget than last year, opened up numerous applications for the  youth organizations. 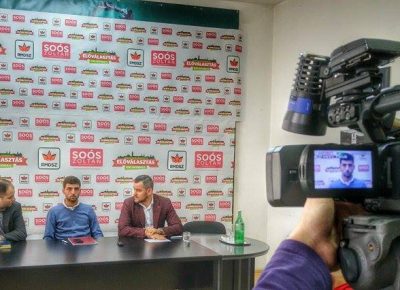 It is important that the youth undertake public roles 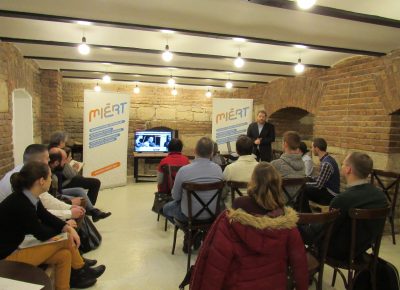 On 10th of February 2017, Cluj office of CIC (all four offices ran by MIERT) organized an interactive orientation session in reference to the current calls for application issued by the Hungarian State’s Bethlen Gabor Fund (hereinafter referred to as BGA) The event took place at K+ Community Space with the participation of almost 30 […] 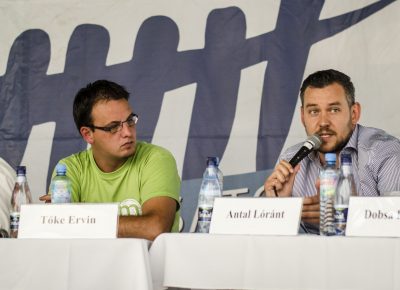 Lóránt Antal, President of MIÉRT, emphasized in Băile Tuşnad the importance of the cooperation of youth organisations

Youth policy roulette took place in Băile Tuşnad on the third day of the open university in the MIT tent. Representing the Hungarian Youth Council of Romania, Lóránt Antal, president of the organization, participated in the round-table discussion together with László Böröcz, president of Fidelitas, István Dobsa, president of the Youth Organization of Subcarpathian Hungarian […]