Lóránt Antal, President of MIÉRT and Imre Geréd, Executive Vice-president for youth affairs of DAHR went on a media tour.  The two leaders spoke in Paprika Radio, Szabadság daily newspaper and Erdélyi Figyelő about the election of Imre Geréd, the opportunities involved and the future of the Hungarian Youth Council of Romania.

„Politics should be about the youth and the future. In my campaign for the position of President of MIÉRT, I promised transparency in decision-making. I consider accumulation of mandates meaningless. Work must be divided as this is the only way we can be really efficient! This is why I did not take on this position as President of MIÉRT.

There was a position in the renewed Alliance which would deal exclusively with youth affairs in the coming four years. The Board of MIÉRT decided to claim this position. It was important to support a young person who has already produced results and who is able to represent our interests properly. So we have chosen Imre Geréd” – said Lóránt Antal.

He pointed that the renewed Cluj-based MIÉRT’s mission is to involve young people in the functioning of the organisation, since this is the only way for MIÉRT to be youthful and trendy. He emphasised that the primary task of a youth organization is to give assistance in accessing information: attention must be drawn to the opportunities and young people must be assisted in making use of these!

„With our programme called It is about you! we launched an interactive consultative initiative for high school and university students by which we assess the needs of the young people. Besides, we would like to consult the national youth organisations on a regular basis.

Taking YEPP as a model, there was a draft elaborated dealing with job creation, keeping the youth in the country and tax cuts. This initiative is targeted at young entrepreneurs. Taking into consideration their needs, we would like to indicate to the decision makers the malfunctioning systems, thus requiring changes through which we can encourage young people to stay in the country. Further on, the development of foreign relations and Cluj-Napoca European Youth Capital Project also receive an emphasis in our programme” – detailed his plan Imre Geréd.

The interview made by Paprika Radio can be accessed at the following link: 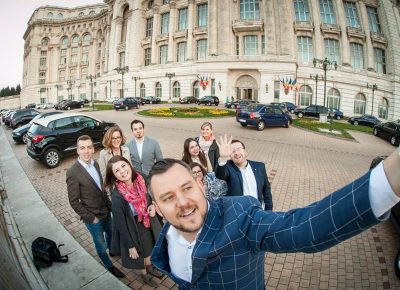 The delegation of the Hungarian Youth Council of Romania visited Bucharest on the 21stof March. It participated in the party meetings of DAHR first in the Senate then in the chamber of deputies. The aim of the visit was to present their amendment proposals for the youth act and ask for the support of the […] 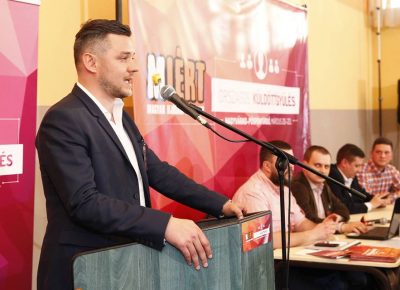 MIÉRT holds Delegates’ Meeting for the election of officials

MIÉRT national delegates’ meeting for the election of officials will take place between March 20-22, 2015 in Oradea and in Băile 1 Mai. The National Delegates’ Meeting is the supreme decision-making body of the Hungarian Youth Council of Romania, which is convened every year to review the annual report of MIÉRT and its member organisations […]

The winner of MIÉRT dream it again! was announced

The Hungarian Youth Council of Romania announced a contest entitled MIÉRT (in Hungarian: WHY) dream it again! There were 53 logo designs received from 41 participants and the jury announced the winner! We asked from the participants to come up with youthful and dynamic ideas. We expected that logos be available in colour and in […]