The Council Meeting of the youth organisation of the European People’s Party (YEPP) took place between 19 and 22 May in Bucharest under the heading: „New Narrative for Europe”. The event was organized in Bucharest by the National Liberal Youth (NLY) and the Hungarian Youth Council of Romania (MIÉRT) in partnership with Konrad-Adenauer-Stiftung (KAS) political foundation.

On Friday the program continued with welcome speeches and panel discussions. The first discussion revealed the European People’s Party’s results and challenges to date, while the second focused on the topic on the EU’s role in the local elections.

The Council Meeting of YEPP took place on Saturday, where decisions prepared by working groups were adopted. Eight decisions were put to the vote on different topics. Among these, the decision on low tax strategy should be noted, which is important also from the point of view of MIÉRT, since by such and similar initiatives young people can be encouraged to start a business.

Related to the weekend’s meeting, Lóránt Antal, President of MIÉRT, said that: “It has been also our opinion for long time that the relationship between young people and politics needs to be based on new foundations, and the main topic of the weekend’s Council Meeting of YEPP in Bucharest was exactly this. We believe that there is a need for a new narrative, since, according also to the latest Eurobarometer statement more than half of the young people feel isolated and marginalized from the economic and social life. The members of the youth organization of the European People’s Party also agree that there is a need for new strategies in order to bring the young people closer to public life, politics and to be able to strengthen voter confidence. This is why we launched the It’s about you! consultation caravan six weeks ago, to be able to address to the young people in their own language and to convince them to have a say in debating issues related to public life, in shaping their own future.”

The event ended on Sunday with the departure of the participants and was attended on behalf of MIÉRT by Lóránt Antal, President of MIÉRT, Zsombor Ambrus, Csenge Frunda and Zsuzsánna Balázsi, members of MIÉRT cabinet for foreign affairs. 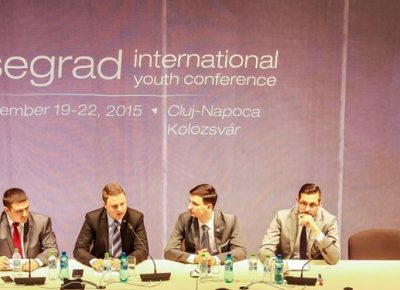 2nd Visegrád Youth Conference: the views related to minority policy should not be determined by the false conceptions of the past

The agenda of the 2nd VisegrádYouth Conference started on Saturday morning by the debate of the regional youth organizations.Then Péter Kovács, Executive president of DAHR spoke about the situation of the Hungarian minority in Romania. The third speech of the day was delivered by Gyula Winkler, European MP about strengthening Central European identity. The Saturday agenda […] 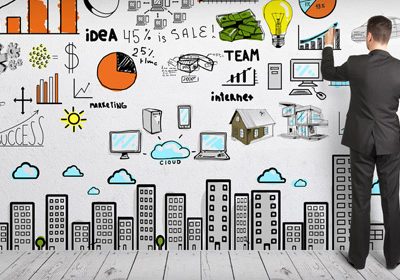 MIÉRT has elaborated a list of business plans which can be realized out of 50 thousand euros. Regarding the Diaspora Start-Up Program, the president of the organization has already shared their intentions with the public, according to which they prepare the list in order to help young entrepreneurs succeed. As a national youth organization we […] 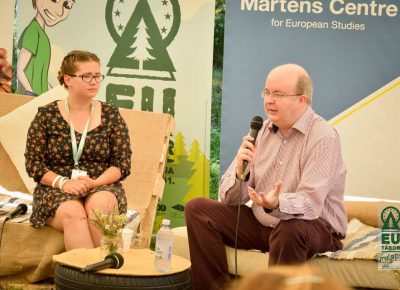 HE Paul Brummel, Ambassador of the United Kingdom to Bucharest, held in Sub Cetate a presentation entitled “Brexit – The official story” on the last day of the EU Camp. Every year the EU Camp deals with current public life and political topics that young people are mostly interested and affected. The British referendum on […]